You are here: Home / Blog / GoTo vs. Manual Telescopes: Which Should I Choose? 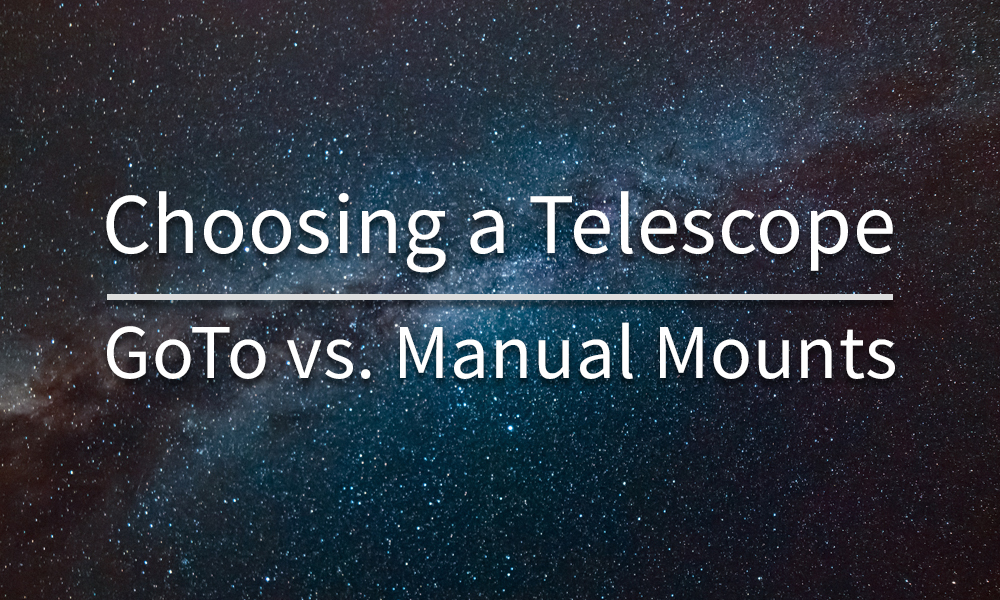 If you’re looking to buy a new telescope, you might be wondering whether you should invest in a computerised GoTo mount, or stick to a traditional manual mount. There are advantages and disadvantages of both types. In this guide, I want to go over a few things you need to consider for you to make a well informed choice.

To give you the quick answer: if the most important thing to you is convenience and you have a large budget, GoTo mounts are great. If you plan on doing any astrophotography, a GoTo mount can be useful but isn’t necessary. If you want to get the most bang for your buck in terms of power, or if the satisfaction of locating objects on your own sounds appealing, go for a telescope with a manual mount.

When your deciding on which telescope mount to choose, it gets a little bit more complicated than simply choosing between GoTo and manual. Both of these types of mount can come in an alt-azimuth or equatorial style.

With equatorial mounts, one of the axis is parallel to the earths rotational axis. This means that the image will always stay consistent and not rotate. The downside is that when the object you are viewing passes the meridian line, you will need to flip the mount which interrupts valuable viewing time when the object is at the optimal point. As the mount moves, it can also put the eyepiece in awkward positions, particularly if you have a reflector telescope.

Whether you choose a GoTo or manual mount, alt-azimuth mounts are generally preferred for simple viewing. Compensating for rotation won’t be that important and alt-azimuth mounts are much more convenient. However, for astrophotography, you will definitely want to consider an equatorial mount which will allow you to use longer exposure times. This is especially true for taking photos of deep space objects.

I know this doesn’t really help you decide between GoTo and manual mounts, but it is important to consider when choosing a mount.

How Do GoTo Telescopes Work?

You’re probably aware that telescopes with GoTo mounts are computerised and automatically find objects in the sky for you, but you might be wondering how they actually work. (This is a very brief explanation of how they work.)

The first thing you do is input some details into the computer. This is usually your location, time, and the date. Some mounts with built-in GPS can do this for you. Next, you point the telescope to a known star on the computers database, and center it in the eyepiece.

Now the telescope knows its orientation and you can easily have it point to thousands of objects stored on the database with the push of a button.

Manual Telescopes Will Give You More Power

Although you can get some great quality GoTo telescopes at the higher end, you will always be able to get a more powerful telescope for the same price if you go manual. If you want the most bang for your buck, get a manual telescope.

Are GoTo Mounts Necessary for Astrophotography?

If you plan on doing some astrophotography and you will only be taking photos of the Moon or planets, the type of mount doesn’t really matter too much because these objects are easy to find in the sky and you won’t require long exposure times.

If you want to take photographs of deep space objects like galaxies and nebulae, GoTo mounts are not necessary, but they do make things a bit easier.

For astrophotography, what’s more important is choosing an equatorial mount.

Because deep space objects are so far away, you want to use longer exposure times on your camera so you can gather more light. The problem is, these objects are moving through space and the earth is rotating which makes it difficult to keep the object still and in the same alignment. Equatorial mounts offset the earths rotation which allows you to use longer exposure times.

So if you plan on doing any astrophotography, don’t worry too much about GoTo, but do make sure you choose an equatorial mount.

Locating Objects Is Part of the Fun!

Something that often gets forgotten is that locating objects and finding your way through the night sky is part of the fun for many people. You get a great sense of satisfaction when you finally find that planet or galaxy you were looking for without the help of a computer.

Sure, many people don’t want the extra hassle and just want to hit a button and look at what they want to look at. And that’s totally fine, but it’s definitely something to consider when you’re deciding between a GoTo or manual telescope.

What Will You Be Viewing?

However, if you’re interested in viewing more of those harder to locate deep space objects, GoTo mounts can be very convenient.

If you will be using your telescope in a heavily light polluted area, it can be very difficult to locate many objects. This is another time where you might want to consider a GoTo telescope.

Finally, you need to consider your budget. If you have a small budget of just a few hundred dollars or so, I would avoid telescopes with GoTo mounts. The quality simply isn’t there. Corners will have to be cut somewhere and you will end up with a telescope with a small aperture, bad optics, or unstable mount.

If your budget is over $500, you can start to find some good quality GoTo telescopes. But remember, they still won’t be as powerful as if you bought a manual telescope for the same price.

Neither GoTo or manual mounts are objectively better than the other. It all comes down to personal preference and what you will be using you telescope for. Take some time to consider the things in this guide and you’ll be well on your way to finding the perfect telescope mount for your own needs. 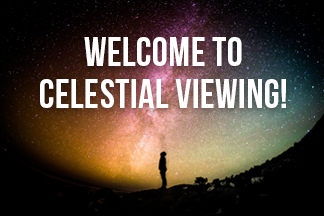